Until We Find Him 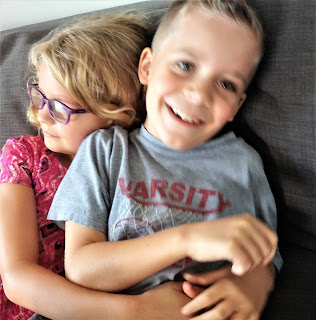 -Dr. Phil implores Tim to not give up on his son (paraphrased): https://www.drphil.com/shows/2121/

According to a recent educational review, in the two years since he came to live with Super Daddy, started school and ABA therapy, and received consistent at-home support, Wonder Boy has learned to read just 11 sight words. He can’t yet add two single-digit numbers to find a sum and requires assistance to remain engaged in an activity. His “cognitive function is an area of concern as evidenced by poor performance in learning new skills, age appropriate adaptive behavior skill development and below expected levels of understanding.”

It seems progress is slow to intermittent. It’s trailed, waned, drooped and declined. But? There is progress.

In the last two years, Wonder Boy has learned to:

use the potty, wash his hands, brush his teeth, dress himself, tie his shoes, zip, snap, fasten. He now cheerfully consumes a variety of healthy foods like meats, fruits and vegetables; his culinary vocabulary having expanded from frozen pepperoni pizza, goldfish and skittles.

He reads musical notes in both bass and treble clefs and simultaneously plays those notes on the piano. On the trampoline, He jumps, hops, flips.

He can run a mile without stopping.

He knows and expresses the names of the people in his life, that a stove and refrigerator are in the kitchen and a couch is in the living room. He requests the bathroom and asks you to “close the door” as you leave. He fills family water glasses at mealtime.

He still likes Thomas the train books but now also sits with I Spy readers, the “How Does a Dinosaur” series and Nursery Rhyme picture books. He follows words, turns pages and laughs appropriately at funny illustrations.

He says please, thank you, you’re welcome, covers his mouth when he coughs and is learning to say “bless you” in response to a sneeze.

And? He can read 11 sight words consistently, count to 30 and say his ABC’s. He knows his colors and expresses a preference for “red.” He writes his letters on the line. In therapy, he’s working with facilitators to compile a list of 300 mastered nouns.

All this in only two years!

True, there are breaks in his ability to maintain momentum. A portion of his life is spent in a purportedly unstructured, unsupported environment. Where his AAC device is neither used nor charged, language isn’t required, routine is sporadic. Transitions continue to erode precious productive time.

There are moments when he refuses to work, speak, try. There are sleepless periods where he is angry and frustrated for no apparent reason. And tears and tantrums replace eye contact.

We're gonna look for him UNTIL. 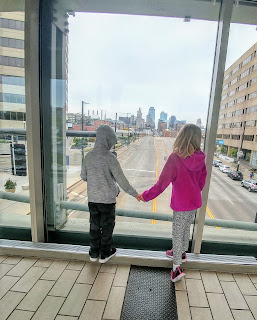 Clearly and frustratingly (I am sure) written. He has made incredible progress in two years. Do you have any idea how his progress in a two year period stacks up against others who began at a similar level. Are there even any standards to measure progress? If so, what are the indicators? That might give a basis of what to expect for the future.
Love
Dad