Standing in the empty middle of his temporarily shared bedroom, in the space where his bed should be, Wonder Boy screamed. He kicked the floor. He slapped a wall. He pressed buttons on his talker. The machine intoned, “I am angry.”

In soothing tones, Super Daddy explained: “You have a new bed. I’m putting it together.”

Wonder Boy bobbled his head. His body tensed. Eyes closed. He opened his mouth and screeched, high-pitched, long and loud.

“Screaming is not nice,” whispered Wonder Boy. He climbed onto Amaze Girl’s bed. Huddled into the masses of blankets, pillows and snugglies - some hers, some his. He buried his face in the familiar softness. He rolled under blankets. He whimpered.

Tearfully, Wonder Boy scripted as he followed Super Daddy through the house to get tools. He muttered familiar phrases as Super Daddy hammered, drilled and drove wooden parts together. He moaned when Amaze Girl’s bed came down and the new frame took shape. He cried as toys were moved and the carpet vacuumed. He howled as Super Daddy placed, first bunkies, then mattresses onto the new sleeping space.

Wonder Boy climbed the ladder and sat. He patted his familiar mattress. He hugged his pillow: just right. He looked at his posters and tapped the ceiling. So close.

He giggled. Now, glee, joy and exuberance pinked his face. A small bounce. A wiggle. A twist. Happiness.

With Super Daddy’s help, Wonder Boy practiced going up and down the ladder. Toes reached, tickled, touched the smooth cherry wood, as his body learned the location of the rungs. Just like the trampoline. He lay flat on his bed. He sat back straight, legs crossed. He paged through a book, rearranged Buzz and Woody, hugged his monkey ball. He looked down at Super Daddy’s head.

Later, after bath, books, a summer movie and quiet play; later, when it was time, Wonder Boy climbed the ladder to his bunk. He huddled under his blankets and snuggled into his pillows.

Wonder Boy lay still. He absorbed the twists, turns and shadows tucked into his brand-new space.

Presuming Competence in the Summer

Wonder Boy rushes into the pool at the shallow-to-deep beach entrance. Water splashes about his knees, hips, belly, circles his neck.

He chortles, eyes closed. He is glee, delight, joy, mirth.

Amaze Girl wears goggles over her eyes and nose. She jumps, ducks, submerges, flips, “tea partys,” “mermaids,” floats. Horizontal in over-her-head water, she kicks her feet. Arms circle her head; one in the air, the other under water. Her body glides across the short end of the pool.
Close between them, my heart dances. Even as my over-(grand)parental, hyper-vigilant, two-kids-in-the-pool anxiety rises.

Wonder Boy splashes to the water’s edge. He pulls himself up and stands on the precipice. He points at me, shouts, “Stay Away!” Then?

Liquid whirlpools over his submerged head and body. I count: 1…2…3…4… My heart flutters, metabolism rises. Finally, Wonder Boy’s head pops up. There is exuberance. Joy. Laughter.

The two previous summers, twice a week for a month, Wonder Boy enjoyed expensive, private, “autism swim” instruction in an Olympic-sized pool. He loved the water and individual attention. But he didn’t learn to swim.

Amaze Girl had joined a swim class. It was a great time! But she didn’t learn to swim either.

This year, we presumed the children’s pool competence with regular swim and little actual instruction. With supervision and encouragement, Wonder Boy investigated the water. Amaze Girl frolicked. And when they were ready? They began to swim.

To presume competence is to expect that he can. And to seek the enabling connection, with love and patience, until he does.
First, Presume Competence...

Our family summer is overtaken by an addition to our house: plumbers hauling pipe, electricians running wire, carpenters drilling, Super Daddy and Pop hammering, hauling, sawing. Machines, trucks, cranes, mountains of displaced earth. A dumpster and toilet in the driveway.

Still, we’ve made time for what’s important: swim, books, pencils, crayon, piano, running, climbing, digging, reading. A Royals’ game; a visit to see the Great Grands. Togetherness.
Wonder Boy chooses a book. With help, he points to each word: “Thomas can go.” In the phonics area on his talker he types: c-a-n.

“Kuh-aaa-nnn, can,” says the machine.

He points to another word: “guh-o,” he says, without prompting. “Go.” My heart swells.

Amaze Girl reads. She practices cursive handwriting and multiplication facts to 12. She transposes and notates music and memorizes a song on the piano.

Wonder Boy ties his own shoes. Makes his own bed. Dries himself following a bath. On the piano he’s learned “Middle C Position.” He names notes, claps rhythm and plays “B-I-N-G-O” with help.

At the pool, Amaze Girl kicks and splashes while Wonder Boy treads water vertically. His feet pump like pistons, hands paddle at his chest. He swims to the wall, pulls himself out of the pool and crouches, arms extended. He points at me and laughs.

“Yes,” he says. Giggles trail like bubbles as he leaps into the mist.

My special education education is a work in process! Entries will be added/edited/changed as I continue to learn…


Applied Behavior Analysis is an individualized, incrementally applied program for individuals with autism and other special needs. ABA utilizes repetition, consistency and reward to improve communication and learning abilities.


Learning differences for those with difficulty focusing bodies and/or minds in a typical educational environment.


Differences in the brain’s chemical or physical composition that impedes one’s ability to interact with the world.

A computer fitted with special software that facilitates verbal interaction. Interchangeably referred to as a “talker” or “words.”


Socially expected interaction in which individuals look into one another’s eyes to demonstrate interest and attention.


Ear covers that dull the noisy edges for individuals overwhelmed by excess sound. Facilitates the ability to tune in to selected output.

The ability to sense physical urges, for example, hunger, thirst, need to eliminate.


Softer than “kid” and more respectful than “child.” Nicer than “youth” and more personal than “individual.” Special Needs Educators, therapists and others in the field often use this kinder, gentler term to refer to young charges.


Sometimes frightening, potentially dangerous physical/mental loss of control. May begin as a tantrum, ignored need, overstimulation or virtually any other unmanaged situation but spirals into a cause-less stimulus overload.

Read More: How to Grow Brain Cells (A True Story)


To assume in all situations and despite appearances to the contrary that every individual has the capacity to succeed.

The ability to track the body’s position in space, recognize stimuli and respond by appropriately contracting muscles and joints.


Verbal and/or physical repetition produced for pleasure, communication or as part of a frustration response. May be phrases/movements from movies, books or people and may or may not be intended to relay meaning.


Physical harm afflicted to one’s self. May occur for pleasure, communication or as part of a frustration response.


Overstimulation that occurs when input to the senses exceeds the body’s processing capability.


A body’s inability to effectively digest sight, sound, taste, smell, touch, plus other senses, including, but not limited to, recognizing where the body is in space and identifying physical requirements like the need to eat or eliminate.


Any physical, educational, social, medical, occupational or other capability that, when lacking, impedes an individual's ability to interact with the world in a meaningful way.


Continuum of physical and mental competencies arranged from least able to most skilled and includes everyone everywhere. Like a prism of infinite hues, capacities intersect, diverge, refract and swell in an ever-changing conundrum of potential combinations.


Calming pressure applied in an organized and/or patterned manner. May help those with proprioceptive and sensory challenges calm and focus body and mind.


Cause-based outburst of anger and/or frustration.


A change in activity or state of being, whether unique or mundane.


A child who meets developmental milestones at expected times. 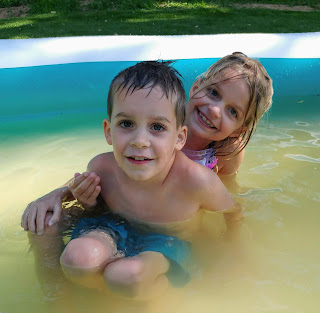 “…there is this subgroup of kids who start out having autism and…lose those symptoms…”
-Geraldine Dawson, psychologist/researcher at Duke University’s department of psychiatry and the Institute for Brain Sciences
https://www.nytimes.com

“Good morning,” says Wonder Boy. He sits beside Sister Sunshine, a charismatic charmer, dancer and performer with autism. Her glittery hair ribbon bobs as she hugs him. Nearby, a friend in bright yellow peeks at Wonder Boy without turning and a boy creates a heart with his fingers. Another child offers silent eye contact; he likes baseball, music - and Sister Sunshine.

A 2013 study followed 85 children diagnosed with autism at age 2. By 19 years old, 9% of the study group “no longer met the criteria for the disorder.” This was described as a Very Positive Outcome:

Michael, aged 3, showed no interest in language, threw himself into walls, had “stunning tantrums.” His parents were told he should be institutionalized.

Instead, Michael’s parents developed a rigorous 40-hour/week home program. By age 8, Michael’s speech and behavior were at grade level. As a teenager, despite “lingering social deficits,” Michael no longer displayed autism symptoms.

Children in the study who overcame autism were “twice as likely to have received behavioral therapy” than the 91% who retained characteristics of autism. The only other consistent techniques? Patience, perseverance, parental involvement.

No one knows for sure why some kids overcome autism and others don’t.

Experts hypothesize that some autism-like symptoms may be caused by “genetic and environmental etiologies that” merely look like autism. In other words, some individuals “outgrow” diagnoses because they don’t, in fact, have autism.

“I’ve been studying autistic kids for 40 years…and I’m pretty good at what I do. But I can’t predict who is going to get better and who’s not...”
-Deborah Fein, clinical neuropsychologist/instructor at the University of Connecticut
https://www.nytimes.com

Most kids don’t “beat” autism. But each can hone gifts and talents specific to individual ability.

For example? Model RJ Peete, whose parents were told he’d never communicate, have friends or participate in school. And Tarik El-Abour, who didn’t speak until he was 6 years old and was just drafted by the Kansas City Royals. And Zeke Gibson, who participated in an art exhibit and is well liked in his high school.

“To all the kids with autism…you can do anything you want to.”
-RJ Peete, diagnosed with autism at age 3
https://www.huffingtonpost.com

In life and autism, the happiest results are to become the best you possible, in spite of life’s unique challenges.

“…Matthew’s autism wasn’t the enemy; it’s what he is…he’s happier than a lot of typically developing kids his age. And we get a lot of joy from him. He’s very cuddly. He gives us endless kisses. I consider all that a victory.”
https://www.nytimes.com
1 comment: