Neuroplasticity and Growing the Brain 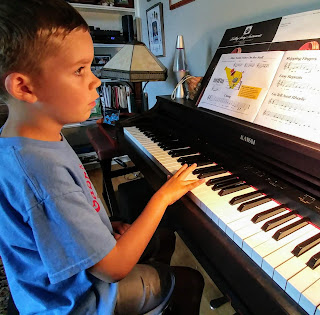 Neuroplasticity is “the brain’s ability to change physiologically and functionally as a result of stimulation.”

To stimulate and grow his brain, Wonder Boy plays the piano. He jumps on the trampoline, runs, reads, writes, attends school, occupational and speech therapy. Every day he’s challenged to expand his abilities developmentally, linguistically, socially.

“What do we do with food?” prompts a therapist.

Gone is the notion that the human brain is hardwired at birth. While neurogenesis conveys the growth of new cells, the science of neuroplasticity affirms that the brain is malleable, moldable, plastic - growable.

With sustained effort, at any age, you can change your brain.

Here’s how it works: information moves from one cranial region to another via circuits called neurons.

“Between each neuron is a synapse and at the center of the neuron is an axon. Reaching out from each neuron are dendrites at one end and an axon terminal at the other. An electrical impulse flies down the axon, causing a chemical called a neurotransmitter to be released from the axon terminal into the synapse; that same chemical is then received by the dendrites of adjacent neurons. These signals can be inhibitory [not requiring action] or excitatory [requiring action]. If the net sum of all the signals exceeds zero, the process continues with the signal being sent on to other neurons…

-The Woman Who Changed Her Brain, Barbara Arrowsmith-Young, pages 30-31

In an injured brain, such as occurs when a child under 3 years old is exposed to lead, neurons may not communicate effectively. Dendrites aren’t healthy, blood flow is diminished, neurons don’t exist in proximity to allow synapses to occur.

The solution is sustained application of targeted, external stimulation on the brain. With persistent effort, new neural pathways are forged. Change takes time, during which older, less effective routes fall into disuse and darken.

As diet and exercise tone the body and light the mind, a stimulating environment can change the chemical composition of neurons and expedite the process of brain change by mulching dendrites into being. Like roots in rich soil, exposure to a diversity of challenging experiences thickens dendrites, thus growing new pathways for information to traverse. This improves communication between neurons and heightens overall brain function.

Two years ago, Wonder Boy had no intelligible words. He did not understand language, respond to his name or make eye contact. Now, he pauses and looks at his therapist. “I want to eat crackers,” he says.

“Thank you for telling me,” his therapist says. “Let’s ask Nonnie.”

“Let’s ask Nonnie,” Wonder Boy repeats. And then? He does.
4 comments: 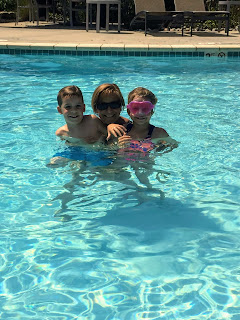 And there was dancing! To this song on bright, happy, stay-at-home mornings. “Alexa? Play Good Morning Starshine, please!”: 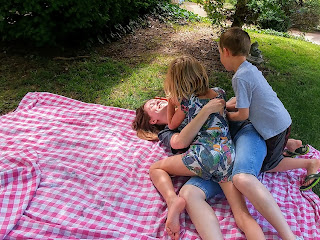 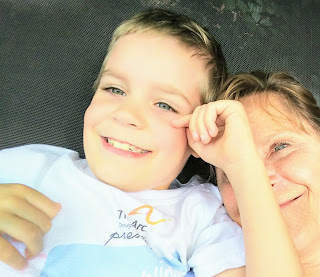 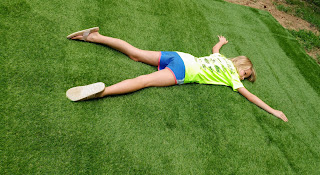 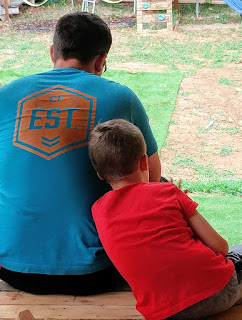 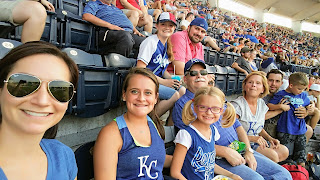 *Good Morning Starshine was written for the controversial 1967 musical Hair and popularized by the performer, Oliver. Summer 2018, Amaze Girl and Nonnie enjoyed singing and dancing to this happy tune in the mornings – and at other unspecified moments throughout the day. (Wonder Boy, like his daddy, is decidedly not a morning person and prefers silent snuggles to charismatic outbursts with his waffles. So, by way of full disclosure, we did early a.m. quiet too.)
2 comments:

A Darling Girl on Meds

Amaze Girl loves pancakes. Stacked, with lots of syrup. She’ll eat two and ask for three more. Sticky gets in her hair, spills to the table, adheres to her chair, drips to the floor.

We open a Vyvanse capsule and pour the contents into a jigger of water. She drinks it. Almost immediately, she heads to the bathroom. Upset stomach.

Later, she reads about sharks on the couch before retreating to her bed for another hour. Her brother-with-autism absorbs her calm and reads quietly too. 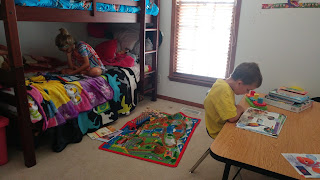 On a typical afternoon, Amaze Girl dashes up and down a mountain of dirt where she’s created a throne and firepit. There’s a craft area where she makes laurel wreaths out of leaves. She swings into the sky, jumps on a trampoline, slides over the end of a 3-foot tall plastic pool. She collects bugs, worms and insects; gathers interesting rocks, scrapes them into dust, adds water – and voila! body paint. 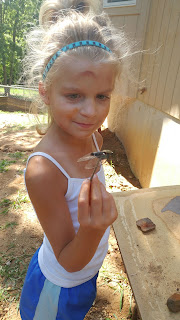 Yesterday, as she examined a translucent, green-speckled, very dead cicada, two grubs wriggle free of its body. “Nonnie, come see!” she exclaims. She uses a nail to dissect and impale the insect. Its insides are missing. Had the grubs feasted on it? Do grubs eat cicadas? “Let’s ask Alexa!” she says, referring to a voice operated search engine device.

The creature falls to the earth. She wipes clay-dusty hands on her shorts, hurries inside.

Later, the cicada’s lacy wings become part of her Collection of Interesting Things.

Amaze Girl’s curiosity is vibrant, intelligent, stimulating. Her enthusiasm is vigorous and contagious. I adore this darling girl as she is: brains, beauty, personality. A bundle of kinetic, ever-moving smarts. Squeezable exuberance. Wild, often unfocused, energy.

Overwhelming, all-consuming physiological energy can make it hard to sit still, listen and respond appropriately. It can be tough to finish-what-you-start. When a person has difficulty interacting in a way that makes sense to others, educational and social progress may be impacted.

“…she was skipping questions and not reading them. I get a notification when a student clicks through the test…”
-Teacher, April 2018

Amaze Girl’s route to medical intervention began with a perceptive, caring and persistent teacher who recognized intelligence under the frenzy and ability behind the incomplete assignments. Doctors, tests, counseling and a diagnosis followed. Super Daddy researched therapeutic methods and biochemical solutions. He sought professional advice and accepted counsel from those who’ve “been there.”

This first day on medication, Amaze Girl does not swim, jump, climb, build, make. There are no laurel wreaths, thrones, or impaled insects. 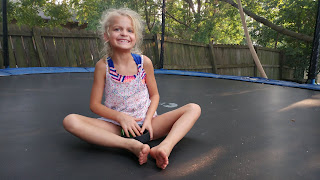 There is: quiet. Calm. Sitting. Thinking. Reading. There is dreaming, talking, writing. She plays her piano memory piece all the way through, legato. She floats in the pool, lays on the trampoline, stares at the sky. On top of her mountain, she focuses on a project that involves rocks, nails and sticks. All afternoon.

She sleeps well that night. And the next morning? She eats a stack of pancakes with honey.
2 comments: