“…Processing Speed could be defined as how long it takes to get stuff done…”
Bright Kids Who Can’t Keep Up, by Ellen Braaten, PhD
and Brian Willoughby, PhD 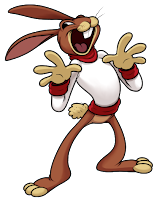 Hare claimed he could run faster, harder, longer than anyone else. “I can beat you!” he said to Tortoise, known to be the slowest creature in the woods.

“No maybe about it,” said Hare. He hopped circles around Tortoise. “You’re slower than ketchup on a cold day. Slower than molasses in the snow.” He sneered. “Slower than a snail.”

Hare jumped up and down. “Let’s race. From here to the fencepost, three times about.”

“Sure,” said Tortoise. He trudged off.

Hare arrived at the fencepost four hours ahead of Tortoise. “I won, I won!” he sang. He did 50 burpees, 75 squats and a 5 minute Victory Dance.

Tortoise arrived sweaty and exhausted after hours of toil over the hot, dusty road. He stretched his broad muscles. Looked into the bright sky. He yawned and smiled. 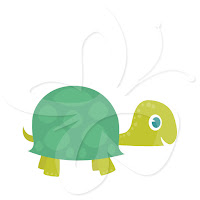 After a nap or maybe next week, he’d paint Hare’s victory portrait. He’d patent an idea that slowly brewed in his simmering mind. He’d write a book about his process and build a financial empire.

Because, if fable were real life? Hare would win. Because Hare is an elite athlete, congenitally built to race. Tortoise is heavy and slow in body and mind.


But speed isn’t everything.

“…one could argue that much of the world’s progress has been made by deep, slow thinkers. Whether it be in innovation, art, or literature, many of our most treasured works were likely completed by gifted individuals who worked at their own pace…”
-MGHclaycenter.org

“Yes,” agreed Teacher. “And retell stories to use in speed practice.”

For mental strength, conditioning, dexterity, clarity. Speedwork is Crossfit for the brain. Gymnastics for the mind.

Because performance matters. And the ability to demonstrate knowledge in an increasingly fast-paced world is critical to success in school. Here it’s necessary to process large amounts of information quickly and rapidly shift between different types of tasks. Here, capable, clear and concise expression is necessary and important.

But speed isn’t everything. For some of us, victory is in overcoming the obstacles that hinder participation – and then? Finishing the race.